What Started It All

So I thought I should tell you guys what makes me who I am! What makes Kennedy the person she is? Well the answer is simple, I am who I am because of the experiences I have gone through in life. 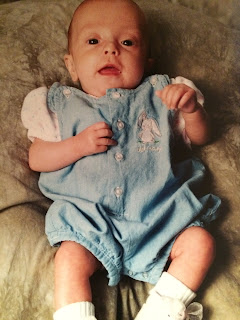 I was born too two amazing parents Eric and Christina. Who I didn't know at the time but would later become my best friends and be my everything! I would not be who I am without them and their strength. The things they taught me are things I will carry with me for the rest of my life! 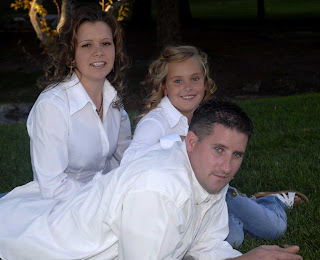 A year later my brother Connor was born. However, he was needed by his father in Heaven more than he was needed here and he was taken from my sweet family when he was only 2 months old. For my family we had no clue that this would only be the very beginning.

A few years later when I was 2 years old my second brother Kayden was born. He was such a light and lit up every room he went into. However, "our handsome boy" was born deaf, blind, couldn't walk or talk. His poor little body was so fragile and he would never be able to experience life the same way most little boys do. He would never be able to throw a football with my dad or tell his mom he loved her. Even though it seemed that every thing that could be wrong with someone was wrong with him he was the happiest little boy I have ever met! He had a way of touching everyone's life that he came in contact with and he was so deeply loved by everyone around him! Even though the doctors told my parents he would never be able to even crawl he learned to scoot. He would drag his high chair from the kitchen all the way to my bedroom (which was not a short distance btw) all just to tease me. I still remember when I was little and would be watching TV he would scoot up next to the armoire and pull out all the DVDs and spread them across the floor and then he shut the doors to the armoire so I could no longer watch TV. He was such a precious and amazing little boy!

When Kayden was 3 years old, my third brother Kimball was born. I was now 5. Kimball was born blind and a few months after he was born we found out he was going deaf. Kayden his older brother had recieved the Cochlear Impant a few years before and had decided that Kimball should also receive it. He was the youngest one in the world to recieve the cochlear implant at the age of 11 months. He received the Implant on Friday and sunday morning when my dad was at church my mom was doing my hair. My mom had me go check on my brother Kimball who was peacefully swinging in his electric rocker. When I went and checked on him I noticed that he was discolored and his skin looked like porcelin. My sweet little Brother Kimball returned to his fathers arms that peaceful sunday morning. For my parents this was both a shock and complete sadness to see their third son be their second child to die. However, what came next none of us were prepared for.

4 months later at the age of 4 1/2 my brother Kayden contracted pneumonia. I was sitting on the couch watching TV when my parents brought him to me and lay him in my arms and for the final time in this earthly life I got to hold my tender sweet brother in my arms and tell him my goodbyes and tell him how much I loved him. Even though he couldn't understand what I was saying or what was going on I could feel his sweet spirit so strongly that night. After I said my goodbyes my parents took him to the hospital where he died that night in my dads arms.

I must be the luckiest person ever to have three perfect amazing handsome angels watching over me and my family every single day! 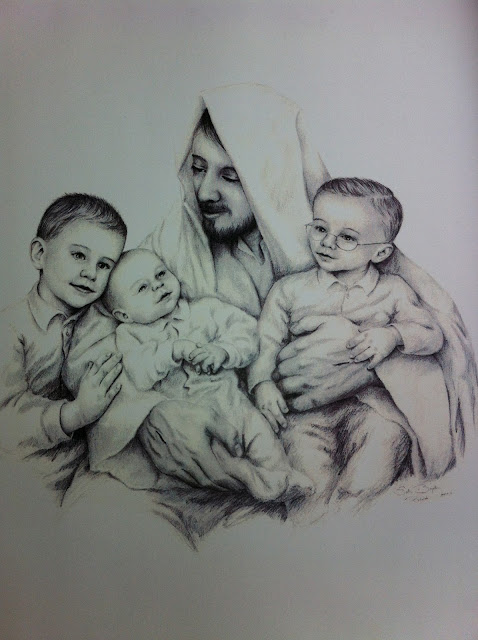 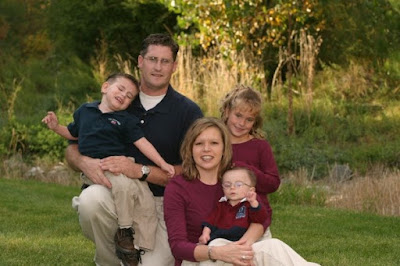 People ask me how I am able to be so ok with what happened to my family and my three brothers but the answer is plain and simple. I love my brothers more than anything and being able to still share with adventure called life with them would be amazing! However, If I was given the opportunity to go through all of it all over again or not go through it at all I would choose to go through it again. The reason is because the things that I had to learn at such a young age such as putting a G-Tube into my brother Kayden while I was at the age of 4, caused me to grow up extrememly fast. My whole life everyone has always told me that I am much more mature than my peers and the people that are the same age as me. I am so thankful for all that my hardships have taught me throughout my life and because of that hard thing my family had to go through I was able to gain a relationship with my parents that most people would be jealous of. They are my best friends and I cannot even begin to put into words how much they truly mean to me! I couldn't get through life without them right by my side!

I'll continue the story later but for now Hope you all have a great day! Love you all!

Email ThisBlogThis!Share to TwitterShare to FacebookShare to Pinterest
Labels: Family

Kennedy Eby
Contact me at kennedyeby2@gmail.com Love to hear from all of you! Know that no matter what it is you may go through there is no trial that you can't overcome!