Just what I needed

Wow so much to tell you. I think I will just keep it short and sweet today. 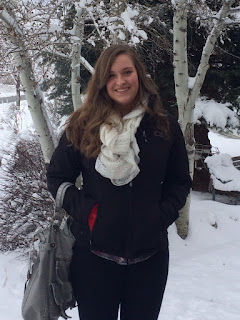 So a few weeks ago I was at church and I realized that I haven't paid my tithing since I have moved here. That was a really big problem to me so the next week I went to church and wrote a check and the first thing I did was I turned it in.

Now let me rewind for a minute. So before I moved here my dad came to me one day and I  could tell that what he was about to say he was very sincere and it was very important to him. Right there he told me that Heavenly Father wanted me to know that if I pay my tithing no matter what the circumstance. As long as I pay my tithing than He would take care of me.

Ok back to present day. So that same day that I turned my tithing in, I honestly wasn't expecting anything to happen but I bore my testimony that day in church and as soon as church was over. A man approached me who I had reached out to almost a month earlier because we both had mutual friends and he is the president of student affairs. Anyways he approached me and we talked for a while and he asked me about how I was doing and etc. Anyways long story short he felt very impressed that he needed to find a scholarship for me and I recieved a phone call the next day stating that he had met with financial aid and they had found a scholarship that wasnt being used and it was a $1200 a semester.

Wow what a blessing! I cannot believe how amazing the lord is. He never falters to amaze me. He is always taking care of me and he is always showing me things that make my testimony even stronger. I am so thankful for my dear Heavenly Father. I know that he is my dad and that I can turn to him for anything no matter how big or small. What a blessing it was to recieve this scholarship I was able to pay my bills and I just found out they cut my hours at work so now I won't be earning enough to pay my bills so this scholarship could not have come at a better time.

Love you all and I hope that you have an amazing day and I know that there is something out there thinking about you. To the world you might be one person but to one person you might be the world. So keep a smile on your face.

Kennedy Eby
Contact me at kennedyeby2@gmail.com Love to hear from all of you! Know that no matter what it is you may go through there is no trial that you can't overcome!